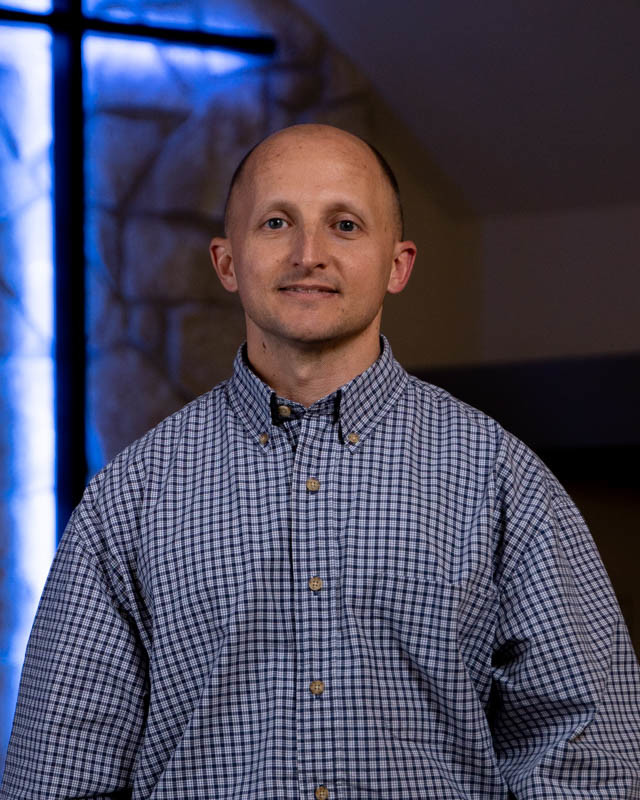 Jake was born in Bloomington, IN and grew up in Solsberry, IN, where he attended Eastern Greene High School and the Greene County Chapel United Methodist Church. He accepted Jesus Christ as his Lord and Savior and was baptized when he was 17 years old. He studied accounting and real estate finance at Indiana University where he received both his bachelor's and master's degrees.

Jake and Pam met after college through mutual friends and were married in 2002. They started their family a few years later and their children are Alan and Lauren. Jake began his career in accounting and finance working at Indiana University, Cook Group, and is currently employed at Hoosier Energy.