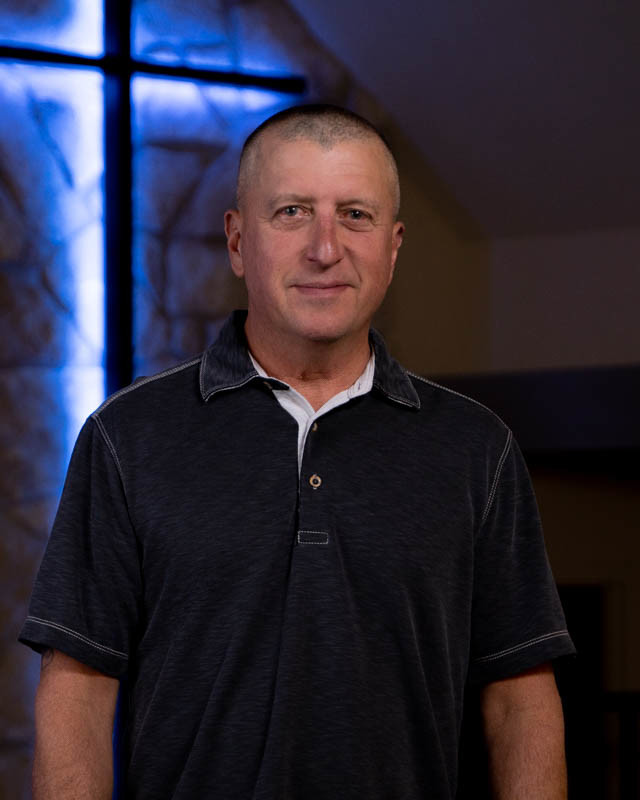 Rob Ratliff was born December 26, 1963 in Martinsville Indiana. Rob came to know Christ as his Lord and Savior in July of 1976, and he was baptized shortly thereafter at New Unionville Baptist Church.

Rob Graduated from Bloomington North High School in 1982 and went into active duty in the United States Marine Corps until 1985.

In 1987 he married Paula (Freeman) Ratliff. He has 3 children, Chelsea, Sarah and Isaac, and they have been members of Ellettsville Christian Church since 1999.

Rob is employed with Bybee Stone Company since 1996. He is a stone cutter and forklift operator. Rob and Paula have been involved in: small groups, mission trips, Youth Group, Teen Church, and serving in many other areas in the church.